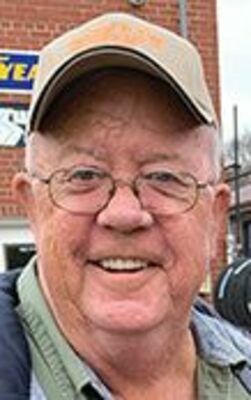 Danny was born in the Deep Springs Community of Lee County, Va. and lived most of his life in Big Stone Gap. He proudly served in the U. S. Army in Korea, during the Vietnam War. He was the owner/operator of Double D Tire in Big Stone Gap, until his retirement.

He was preceded in death by his parents, Herbert and Elizabeth (Young) Wade; brothers, James, Hubert, Kenneth, Benjamin, and Paul Wade; and sisters, Iva June Suggett and Ruth Tignor.

Danny’s final resting place will be at the Mountain Home V. A. National Cemetery.

To view the obituary online and offer condolences, visit www.gilliamfuneralhome.com.

Gilliam Funeral Home and Crematory is honored to serve the Wade family.

Southwest Virginia Museum: ‘Breakfast with the ...