Lady Bears down Abingdon for first ever tournament title 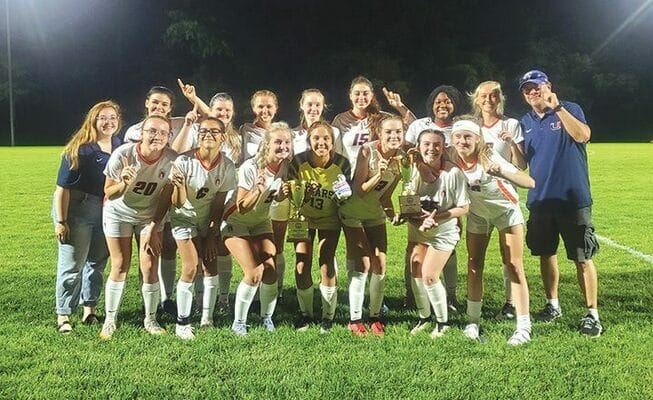 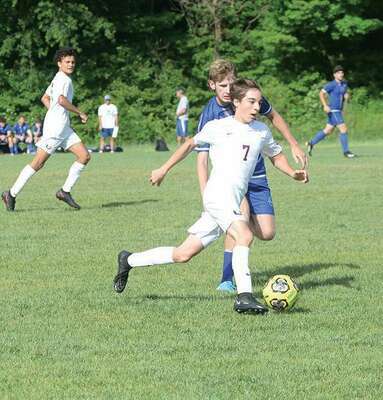 Christian Fannon carries the ball down the field for the Bears. PHOTO BY KELLEY PEARSON 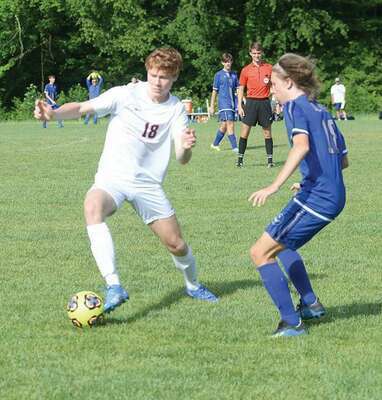 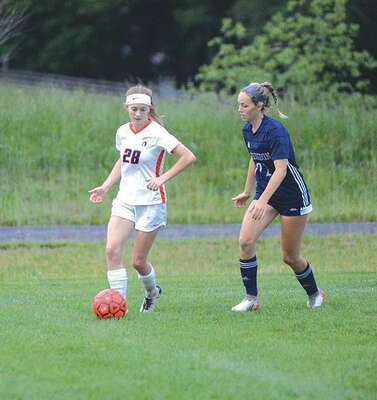 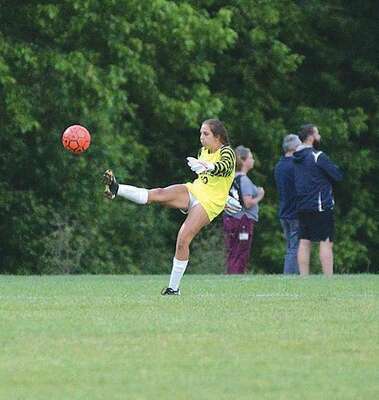 Goalie Gracie Gibson punts the ball after another dramatic save Tuesday. PHOTO BY KELLEY PEARSON 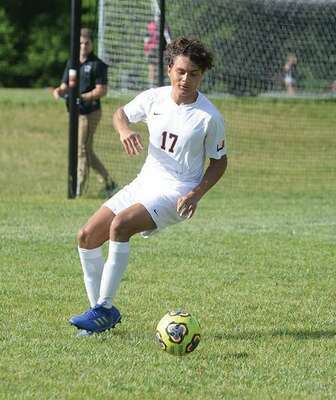 ABINGDON — It’s been a long, hard road for Union when playing Class 3 Abingdon this season as the Lady Falcons make up three of their four losses on the season. But, the Lady Bears finally got their redemption Tuesday evening at the Abingdon Sports Complex, taking the Lady Falcons down by a 3-2 margin to win the Mountain 7 tournament. This is the first district tournament win for a soccer team at Union High School. Because Abingdon is a 3A school, each team was named co-champion of the Mountain 7 regular season.

“To them, this means everything,” first-year head coach James Hemphill said of the monumental victory. “All of the hard work, the dedication, the long times at practice, their sacrifices and their parents’ sacrifices – all of that led to this. This is a big win for us.”

Hemphill was quick to praise Abingdon, as the Lady Falcons dominated the series this season.

“That’s an amazing team out there,” he said. “Each game, we’ve learned a little more about them. We figured them out a little more as the season went along.”

The Lady Falcons’ margin of victory decreased with each game this season. Most recently in the Mountain 7 playoff game to determine the district’s number one seed going into tournament time, the Lady Bears dropped a 2-1 heartbreaker. But, in that game and Tuesday night’s game, Union scored first and forced Abingdon to play catch-up.

“As we progressed, their leads got smaller each time,” Hemphill stated. “Abingdon is a great team, but after we lost by so much the first time we played, I think it became more of a mental block for us. Abingdon is known for always winning, so we had to overcome that to get here. It was tough and a nail-biter to the very end.”

Nail-biter was an understatement to say the least. After Isabella Blagg sank two goals and Emma Hemphill posted a goal of her own in the first half, Union had built a 3-1 lead going into the second half. Starting goalkeeper Gracie Gibson spent the first half of the game sidelined with the stomach flu as sophomore Shay Henderson stepped in to fill the bill, making seven saves.

When the second half rolled around, coach Hemphill knew that things were far from over and called on Gibson to step in and preserve the win.

“I was sick on the bus ride over here,” Gibson said, candidly. “But, he (Hemphill) came over to me during halftime and told me I was going in. I was ready.”

Gibson alluded to the Lady Falcons knowing something was wrong when she didn’t play the first half of the game, but she wasn’t going to let that show.

“I know they knew something was up, for sure. There was no way I was going to act sick while I was out there. I just said to myself that we’ve lost three times and we aren’t losing again,” Gibson said.

The Lady Falcons were able to score once on Gibson with a lob that went over her outstretched hands, hit the crossbar and bounced behind the line. Then, Abingdon really turned up the heat and the largest part of the remaining game was played on Union’s half of the field.

With less than two minutes remaining in the game, the Lady Falcons were awarded a penalty kick due to a foul inside the goalie box. This would be the first time Gibson had faced off against a PK, a direct shot on goal that cannot be impeded by defenders.

Gibson posted up on her line and when the ball was kicked, she swatted it down before just falling on the ball, preventing any potential rebound shot.

“I knew we were only up by one. It could either go in or I could stop it, so I picked stopping it,” Gibson said, matter-of-factly. “I wasn’t letting it go by me. I got a hand on the ball and just fell on it.”

“I want to talk about my goalies. Shay stepped in and did a tremendous job in the first half. This is G.G.’s (Gibson’s nickname) first year playing goalie and she has done tremendous all season. I just can’t say enough about her,” Hemphill said.

The team took a moment to congratulate Gibson on the potentially game-winning save before returning to action for the remaining ticks of the clock, playing keep-away as best they could to allow the time to run out.

“This really just means the world to us,” Gibson said. “It just feels really, really good.”

As the top seed going into the Region 2D tournament, the Lady Bears will host Marion Thursday in a repeat of last year’s round one game. Union will be looking for more redemption as they attempt to avenge their loss to the Lady Scarlet Hurricanes. Game time is set for 12:30 p.m.

Freshman Brayden Wharton scored first for Union, who took a 1-0 lead into halftime. In the second half, Gate City’s Caleb Bolling found the net twice in a three-minute period to put the Devils up 2-1.

The Bears weren’t finished yet, turning on the heat and taking multiple shots and shots on goal in the final 10 minutes of regular time. Their tenacity paid off.

With less than two minutes remaining, several Union players took shots and rebounded shots on goal before Wharton again got a foot on a ball. He found the back of the net, forcing the game into extra time with a 2-2 score.

Both teams battled it out in three extra time periods to no avail. The game now moved to a penalty shootout.

Two Union players and two Gate City players hit the mark during the shootout, forcing a golden goal shootout. Instead of five players from each team lining up to take penalty shots, it went player by player. Gate City hit a goal on the third penalty shot and Union’s shot sailed over the net, giving the Blue Devils the victory.

The Bears are still alive in the Region 2D tournament, securing the No. 3 seed in the district. They will travel to the Southwest District’s No. 2 seed Thursday for a 6 p.m. start time.