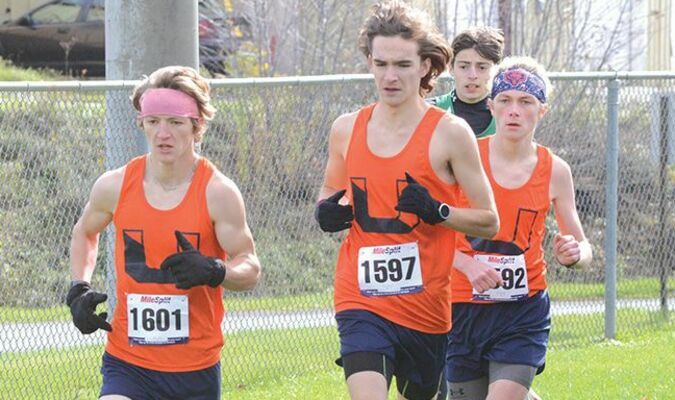 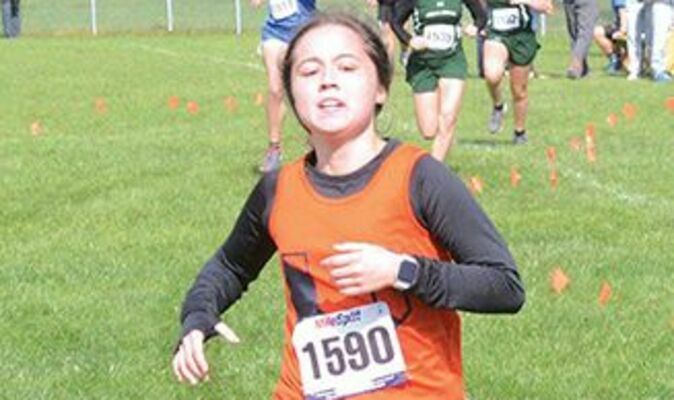 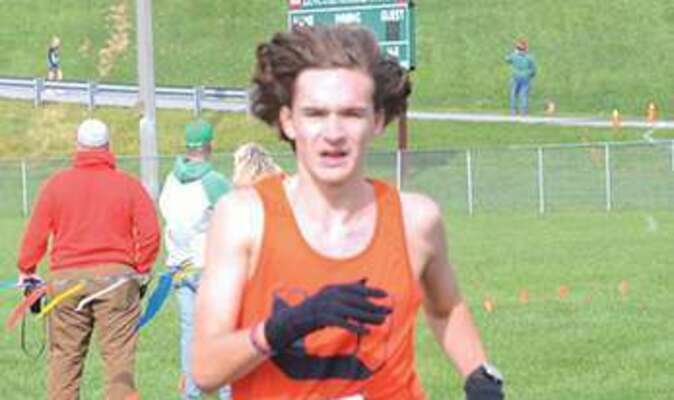 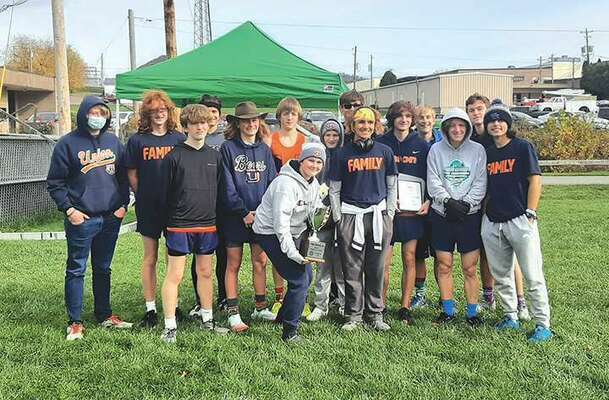 The Union boys cross-country team took the Region 2D trophy for the third year in a row on Wednesday. PHOTO BY KELLEY PEARSON
Previous Next

TAZEWELL — The Union Bears continued their regional winning streak Wednesday at Lincolnshire Park in dominating fashion with a team score of 24. Gate City was a distant second place with 72 points and Central was third place with 84 points. All three teams will advance to the state tournament.

Senior Ben Hersel has stepped up his game through the middle of the season and has been the top placing Bear runner in the last several meets.

“We just started getting more serious and started working harder in practice so we can do better in the post season,” Hersel said. “We just run as a team all the time. It’s just really all of us.”

The Bears always try to employ the strategy of staying together as a pack for as long as possible. This was evident in Wednesday’s victory.

“We try to stay together for as long as possible. After the first mile, we started to get out a little bit farther out from them,” Hersel said.

Head coach Mark Castle also ‘three-peated’ as the Region 2D boys coach of the year, an honor he says goes right back to his team.

“What this means is that your kids did great,” Castle said. “It is 100 percent an award for the kids. They put the work in. This group is just about as special as it gets.”

The Bears won the Class 2 state championship in 2019 and placed third in last year’s COVID-shortened season. This year, the Bears are in contention for yet another victory at the state level. Castle intends to have them ready.

“We’re excited. We just want to go be us. We have said for a few years we can’t control anything that happens but what we do. We’re going to do what we can and let things fall where they may. Out of all of the hundreds of teams in Virginia, I’m glad I coach this one,” Castle said.

Sophomores Lydia Slemp (Central) and Amelia Hamilton (Union) earned all-region honors as Slemp was third place with a 21:34 and Hamilton was 14th a time of 25:29. Both will advance as individuals as well as Central freshman Laykin Yates (19th at 26:12).

Jocelyn Brown was the top finisher for Ridgeview this year in 26th place with a time of 28:01.07.
The Class 1, 2, and 3 state meets will be held on Saturday, November 13 at Green Hill Park.