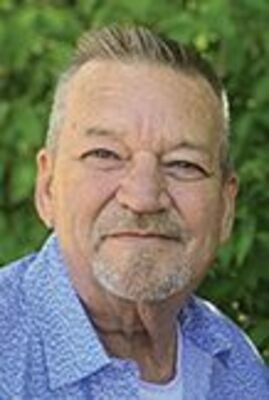 Melvin was born October 21, 1956 in Norton. He was at U.T. medical Center in Knoxville, surrounded by his loving family when he passed.

Melvin was preceded in death by his parents; Melvin Robert and Thelma (Ball) Galloway, sister Judy Hamilton, and brothers Danny Galloway, Mike Galloway, Dennis Galloway.
Melvin leaves behind the most important thing to him … a very large family full of love.

Melvin never knew a stranger and loved making people laugh. Some of his biggest pleasures in life were spending time with his family. He always wanted to have a big “HOOTNANNY” Just to get his kids and grandkids together to play games, laugh and EAT! He enjoyed hunting, fishing, golf, and yelling at google (who never listened). Today, Melvin would want you to thank God for your loved ones, hold them tight, eat well, and make someone laugh.

The family would like to extend a special Thank You to Morgan, Shelia, and Josh from the Fresenius Kidney Care Center, of Norton. You were all very special to him.

Holding Funeral Home is honored to serve the family.